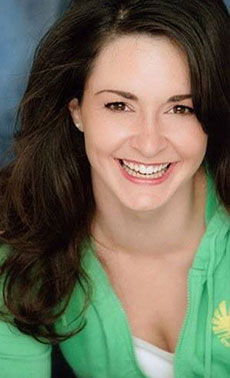 Devin Ann Mugavero is excited to be a part of the family at PEAK Acting Studios.  She followed her passion which led her to Los Angeles where she studied acting thoroughly in schools such as; Alex Taylor with The Meisner Studio, Marten Barter with the Meisner Center, Holly Powell cold reading and audition technique, Margie Habor acting Studio, as well as The Groundlings School of Improv. While studying her craft she pursued her professional career by auditioning and working in theatre and television.

Devin Ann moved back to Colorado in 2011 and has worked on many exciting projects with some of the most amazing talent in the Denver market. She is excited to share her experiences and extend her knowledge to the students of PEAK Acting Studios, whether new or veteran, helping to guide them "to live truthfully under given imaginary circumstances".